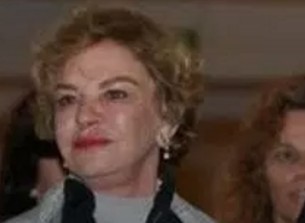 Marisa Leticia Rocco, the wife of former Brazilian president Luis Ignacio Lula da Silva, is brain-dead…
and her family decided to donate her organs, announced today the hospital where she was hospitalized the former first lady for a week.
In accordance with the Î£Ï…ÏÎ¿Î»Î¹Î²Î±Î½Î­Î¶Î¹ÎºÎ¿ Hospital of SÃ£o Paulo, after the tests he underwent today the Rocco, it was found that her brain isn’t Î±Î¹Î¼Î±Ï„Ï‰Î½ÏŒÏ„Î±Î½ now. “With the approval of her family, the process of organ donation is in progress,” he added in an announcement of the hospital.
The 66-year-old Rocco was admitted to hospital on 24 January after he suffered a stroke.
“The family of Lula da Silva thanked those who expressed their support and solidarity in the last few days,” wrote the former president on his page in Facebook, after you have replaced the photo with one in which he is portrayed with his wife.
The Brazilian parliament observed a minute’s silence and the centre-right party PSDB, which had been found against Lula in many elections, sent a message of condolences.
Marisa Leticia Rocco married Lula 1974, at the time he was a trade union leader, and they had three children together.