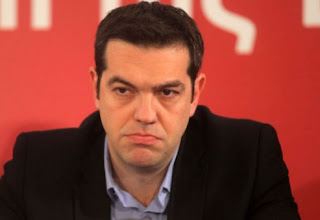 Running developments on the political scene of the country, which after…
the mass mobilisations for the Insurance promoted by the government seems unstable. Everything indicates that probably we will have new elections, in accordance with information, Alexis Tsipras discusses the possibility of election, having in his hands two suggestions.
One of these contributions is Nikos Pappas, who on secrets suggests elections, thinking that even if defeated in these elections, the prime minister has given the hot potato of the Insurance in Kyriakos Mitsotakis, providing a parallel to SYRIZA, the possibility of reconstruction. This recommendation, in essence, accept a period of “right governance”.
The second, however, recommendation, in accordance with the story of voicenews.gr, Yiannis Dragasakis, who wants enlargement of the government majority through alliances with ÎºÎµÎ½Ï„ÏÏŒÎµÏ‚ forces, such as PASOK, the Union Of and the River.
If the prime minister agreed with one of the two suggestions, then it will lead quickly to new elections. The only certainty is that Alexis Tsipras will examine each scenario, in order not to collapse his government, while he himself remains idle.
We await developments…
Source

Debate in the ANT1 for the electronic cigarette between Dr Î¦Î±ÏÏƒÎ±Î»Î¹Î½Î¿Ï and Dr. ÎœÏ€ÎµÏ‡ÏÎ¬ÎºÎ· 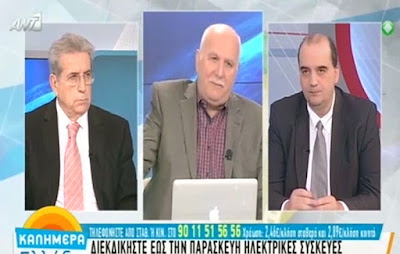 In the morning show of ANT1 “good Morning Greece” presented a ten-minute debate on the electronic cigarette, between the…
Read more “