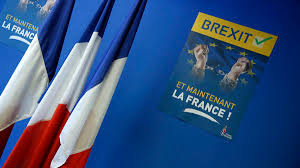 On the edge of the…edge brings a possible exit of France from the EU, a new poll in France…
The measurement for the LeFigaro shows 45% of the French people to choose to stay in the EU compared to 33% who want…Frexit. The remaining 22% appear undecided.
Most French want a referendum (45% versus 44% that do not wish to).
In the survey, 55% of French people consider the process of exit of Britain from the EU as an opportunity for more autonomy to the member-states.
Just one in four French indicates a federalist, while one in five appears indecisive.
Source