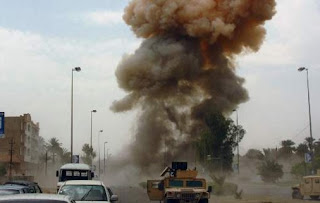 About 200 jihadists were killed in an operation in the northern part of Iraq…
carried out by the kurdish forces with the support of air strikes waged by the international coalition, announced a spokesman for the Pentagon.
A number equivalent of a battalion says, “perhaps 500, perhaps a little less” attack on the lines of Kurdish fighters Peshmerga on Wednesday in Nineveh province, according to colonel Steve Warren, who spoke during a videoconference from Baghdad.
The jihadists were able initially to “penetrate” the interior of the areas controlled by the kurdish forces, near mainly in the Tal Î‘ÏƒÎ¿Ï…Î¬Î½Ï„, ÎœÏ€Î±ÏƒÎ¯ÎºÎ± and ÎÎ±Î¿Ï…Î±ÏÎ¬Î½, before they push back their opponents on Thursday, said the spokesman.
Warplanes from five countries” of the international coalition rushed to help the kurdish forces and they bombed the area with almost 100 guided munitions precision” during the battle.
These air raids were as a result “almost 200” jihadists, “187 according to the last report” pointed out the senior American officer.
From the side of the army of Canada confirmed today that the special forces involved in the counterattack by kurdish forces against the islamic state, without giving more details about the number of military involved.
The spokesman for the Pentagon added that it is the most important raid of the organization Islamic State after the capture of Ramadi last spring.