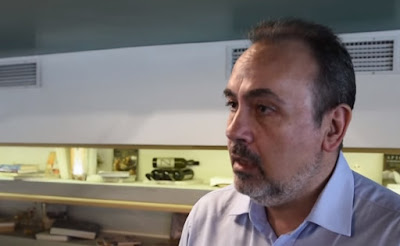 The fierce reaction of the Association of Greek Businesses for the Electronic Cigarette has caused the adoption of a bill of the Ministry of Health for the new regulatory framework for tobacco and the electronic cigarette. In an event with guests, reporters stressed that the…
this bill constitutes “a threat to public health, mound for the development of the Greek entrepreneurship and a challenge for the way in which they are formed, the laws in our country, and were strong spikes that “this non-sense and excessively strict legislation benefit specific interests”.
Specifically mentioned by the president of the Î£Î•Î•Î—Î¤, Dimitris Petropoulos:
“Without progress in an open and in depth dialogue with the scientific community and the community of thousands of vaping community in our country, the Ministry of Health agreed to testify in the most rigorous legal framework for the electronic cigarette in Europe, by prohibiting vaping in all public spaces and any form of information on vaping and the products of electronic cigarette.
In this way, the Ministry of Health removes from adult smokers the right to be informed about the evolution of a product that can save your life and punishes the thousands of vapers who have managed to give up smoking, by prohibiting the use of e-cigarettes from public places.
It should be noted that in Italy, Spain, Sweden and the Great Britain allowed vaping in public places and targeted forms of informing the adults about the electronic cigarette.
In Greece, however, without there being absolutely no scientific research about passive vaping and contrary to what I have decided advanced health countries, the Government decided to give a decisive blow to the vaping and on small and medium-sized Greek companies of the electronic cigarette.
The country with the most smokers in Europe, in the country where the smoking is due to the 17% of deaths of adult our fellow citizens, while the direct cost of smoking in our country amounts to 1,76 billion. euro (7,9% of total expenditure on health), the Greek state decided that it does not need the contribution of the electronic cigarette the anti-smoking fight.
The Greek citizens, but they must be aware of who benefits this legislation because it is certainly not for the benefit of public health”.

From the presentation of the Î£Î•Î•Î—Î¤

Dimitris Petropoulos stated the lens of zougla.gr:
“The government of our country decided to bring in a bill which is the most strict for the electronic cigarette. In this way, however, does not promote the public health, but the interests of big business. Why was a framework more rigorous than other advanced health countries, especially in Greece we have the highest percentage of smokers?
I guess… we live in a country that loves smoking, and for that I love electronic cigarette“.