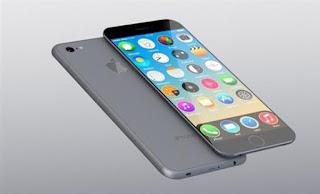 A few days after the publication of an assessment of the… analyst Ming-Chi Kuo, who specializes in issues related to the product portfolio of Apple, a picture that leaked and shows the upcoming products of the provider China Mobile reveals that Apple has in the works a new iPhone with a screen of 4.0 inch which is expected to be released in April of the new year.
The image published the first Chinese website MyDrivers, and the product roadmap of the mobile phone company China Mobile, the device referred to as iPhone 7c (possibly the name may not be correct, since the new devices iPhone 7 and iPhone 7 Plus, if you are so called, is not going to release before the Fall of 2016).
Some people, refer to the specific device with the name iPhone 6c, and make a reason for a formal announcement next March, with the second-generation Apple Watch.
The new iPhone with the screen of 4.0-inch is expected to have a appearance similar to that of the iPhone 5s, however, is expected to have aluminium construction and protective glass that forms curves in the â€œtrimâ€ (of a type of 2.5 D) as is the case with the iPhone 6 and iPhone 6 Plus and the interior is expected to be the A9 SoC (system-on-chip).
According to the most recent assessment by the analyst Ming-Chi Kuo, AND Securities, the new small iPhone also has a front camera of 1.2 Megapixels and the main camera of 8.0 Megapixels.