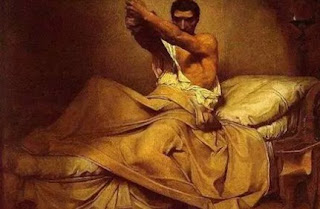 People do what they can. Few are those who want to be bad. (“No one is deliberately bad,” said Socrates.)…
When someone treats us badly, we should think two things: firstly, that we too have faults, and secondly, that everyone is, at least partly, a product of the conditions of his life. If, for example, someone become a serial killer, there are a lot of chances to have been abused in his childhood, has “constructed” through horrible situations. This does not mean that we should not overlook the abhorrent acts or that we should equate the moral weight of all of the transactions, or to leave them unpunished.
So when people don’t act the way we want, let’s we show leniency. The people, who are not always wise â€”but sometimes it isâ€” says: “Give place to wrath”. Besides, not all humans have the same spiritual power in order to become better. The improvement is a gradual process with many setbacks. We must learn to forgive others as we forgive ourselves. And besides, as said by Oscar Wilde, to forgive our enemies their just to get revenge a little bit more â€” which can be a fun and salutary.
The most common reaction to the thieves, the liars, the villains are the hatred and the desire for revenge. But the problem is not solved that way. “Before you start on a journey of revenge, dig two graves,” says Confucius. The problem is solved by the understanding, the acceptance of the following simple fact: the people who are in the wrong, deprived of the moral of those criteria that lead the righteous. So when someone says or does something stupid, hateful, worthy of pity, not anger.
Finally, it is useful to think that if people knew better, if they knew the deeper flaws of our, maybe our ÎºÎ±ÎºÎ¿Î»Î¿Î³Î¿ÏÏƒÎ±Î½ even more. Many of the defects of us know only we. We all have secrets, in the sense that we strive to look better than what we are.
So if someone has angered, keep in mind that it is the thought that bothers you (something she says, and the Dalai Lama about anger) â€” don’t let your impressions to draw you into excessive reactions. If you give me a little time to yourself, you’ll be able to control your reactions: the modern word’s “anger management”.
We would all agree that anger destroys our ability to make correct decisions. For this, we need to act with moderation and, at the same time, with determination. Epictetus says every thing has two handles: one by which you can answer and one of which you can’t. That is, every thing has two sides, one passable and one not. Anger seems pointless toÂ· prevent us to manage the situation that actually caused it, and, not infrequently, becomes a tool of absurdity. He says the Roman historian Tacitus: “The insults, when accepted with contemptuous silence, stunned. When accepted with frustration, however, we show that, to some extent, we recognize the truth of the attacks”.
Socrates never lost his temper. In its disputes with other people I don’t ever want to say something arrogant or insulting, tolerate the arrogance of the other, putting an end to the altercation. The arrogance of not letting us see our faults, but, as said by Apollodorus, there is no stature in the human race that is not crushed the time or the envy.
From the book of Max ÎˆÎ¾ÎµÎ»Î¼Î±Î½ “61 lessons in daily life from the Stoic”, in performance Soti Triantafyllou, Patakis.
In this book Max ÎˆÎ¾ÎµÎ»Î¼Î±Î½ gathers a few thoughts of the Stoics philosophers, who prove to be consistently relevant. Their wisdom can open roads in our minds, heal our soul and help us to see our lives with new eyes, to become better and happier. The philosophy of the Stoics can be summarized in the proposal referred to in the programmes of the 12-step -â€œoh, my God, give me the strength to change the things I can, the patience to endure the things I can and the wisdom to discern the difference between themâ€ – but to exceed it.
Source