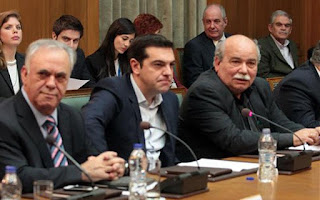 The issue of Ï„ÎµÎºÎ½Î¿Î¸ÎµÏƒÎ¯Î±Ï‚ entered in the table of SYRIZA, when you pass away the biological parent….
in same-sex families,” said the Agency 104,9 FM” the member, Sq. Kourakis
“Already and I and others-from SYRIZA in particular – have put the issue of Ï„ÎµÎºÎ½Î¿Î¸ÎµÏƒÎ¯Î±Ï‚,” said the Agency 104,9 FM” the deputy of SYRIZA, Tasos Kourakis, stating that “children who existed in the family-most – of the same-sex, because it was recognized that the institution of the family and same-sex couples, or acquired during the relationship in some way, if he dies their biological parent, then the other has the right of parental custody”.
Speaking on the show “Second Reading” with Kostas bliatkas, mr. Kourakis noted that “the point of parental custody wants a setting that relates to heterosexual couples,” and added that it has accepted the explanations of the minister of Justice that “we need to see legislative improvements and soon will bring the order”.
“The best interests of the child is to grow up in an environment where there is love and when someone else, the second by the members ÏƒÏ…Î¼Î²Î¹Î¿ÏÎ½ in the family, who has grown up the child and it has stayed up all night on it, has read it, has played it, is very barbaric when the biological parent that the child goes to another, unfamiliar environment,” said mr. Kourakis.
The mp of SYRIZA expressed the view that the debate on the civil partnership more extreme “than what other nonsense, that I have heard on the anomaly and on the diversion of homosexuals”, was the placement of Nikolopoulos, who said that it is not provided by the Holy Scriptures, and that since it’s not mentioned in the Bible and if the Church says so, so we can’t legislate like that.”
“Considers that it should intervene in the legislative work of the House Church, like we’re some sort of fundamentalist state, in which Church leaders impose their will on how we regulate the provisions relating to the State,” said mr Kourakis.
In terms of the next critical for the government bills, such as insurance, the mp of SYRIZA made the assessment that “we’ll be able to vote without shocks, but we expect well-founded, based on the evidence we have, that will start the recovery in many places, with the first and best adjustment of debt”.
On the “Parallel Program” of the Government stated that “despite what it’s called and that we’ll see in the 7 of the month, will come and will not have changes for the worse, it would have costed just as they want the institutions”.
“I would say that it was a demonstration of the power of the institutions more than anything else,” he added
Source