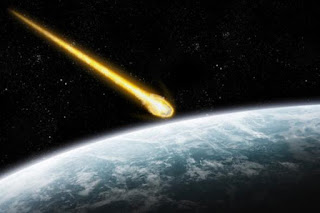 The distant giant comets that may pose a threat to life on Earth, such as… and the closest asteroids that are already tracked by the scientists warned today a team of astronomers.
During the last two decades have discovered hundreds of huge comets in the farthest limits of our solar system, point out the scientists in their study published in the scientific journal Astronomy & Geophysics.
Comets are those that have been named “Centaurs”, follow unstable trajectories and sometimes intersect with the path of the major planets, Jupiter, Saturn, Uranus and Neptune.
Due to the gravitational attraction of the planets, the comets can sometimes change course, and to be found in the inner solar system includes Mercury, Venus, Earth, Mars and the asteroid belt.
The risk of a comet with a diameter of 100 km to be crossed with the orbit of the Earth was calculated by Bill Napier of the University of Buckingham: this can happen 1 time every 40,000-100,000 years.
Approaching the Sun comets are those that consist from ice and accumulated dust, dissolve into many pieces. The collision of debris with the Earth would be “inevitable”, estimate scientists.
“For the last thirty years, we are making many efforts to analyze the risk of a collision of the Earth with an asteroid” underlined Napier, one of the authors of the study.
“Our work indicates that we need to look further away, beyond the orbit of Jupiter, to find the Centaurs. If we’re right, the comets, they may constitute a serious risk and the time has come to understand them better,” he added.
At present, however, the world there is no reason to worry, said his colleague, David Asher. “In the course of our own lives the chances of a collision have not been increased,” he explained.