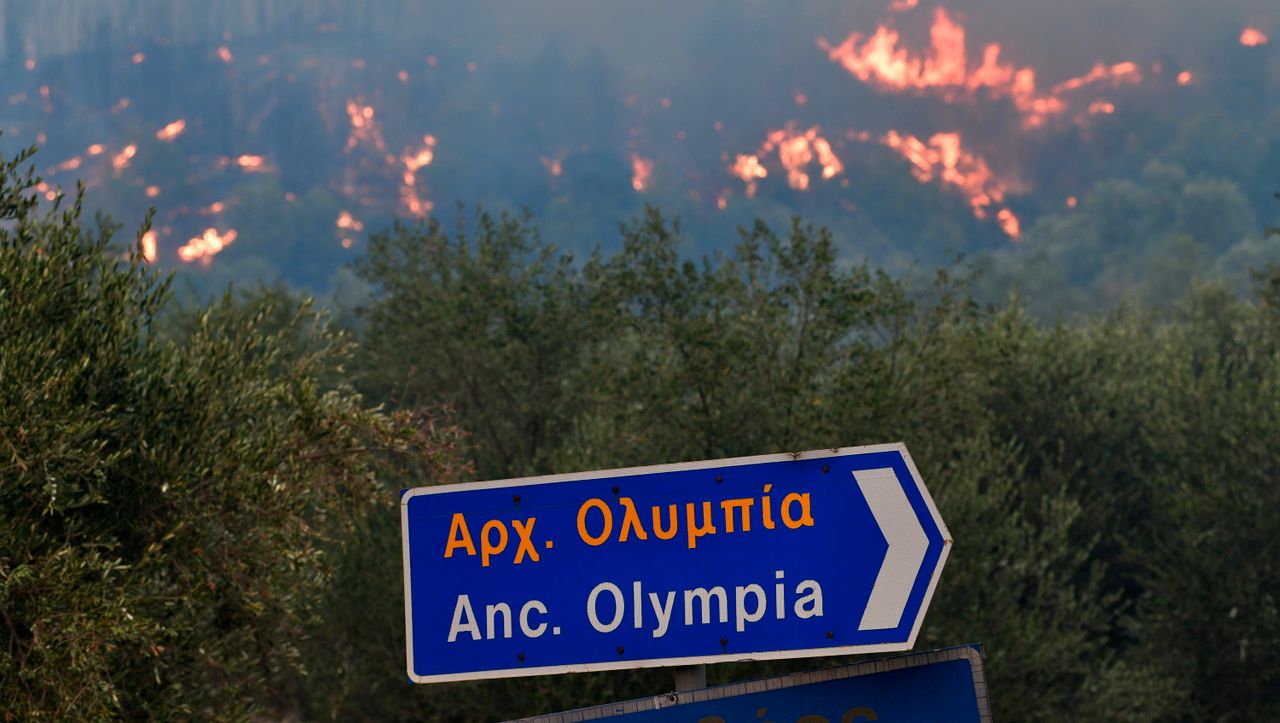 A wildfire approaches the ancient Olympia, Wednesday, Aug. 4, 2021. Greece evacuated people in boats from an island beach Wednesday amid heavy smoke from a nearby wildfire and fire crews fought elsewhere to keep flames away from the birthplace of the ancient Olympic Games as the country sweltered under a record heat wave. (Giannis Spyrounis/ilialive.gr via AP)

A new alarm for Ancient Olympia as, early in the morning, a new front emerged, heading towards the facilities of the International Olympic Academy, which are located behind the hill on which the fire broke out.

The ground and air firefighting forces are facing a revival of the fire around Ancient Olympia, as the Deputy Regional Governor of Ilia, Vassilis Giannopoulos stated, adding that “the work of the fire brigade is assisted by the fire zones that have been opened”.

Firefighters battled the blaze overnight and are still fighting this morning to contain the fire front and keep it away from the archeological site, the museum, and the International Olympic Academy.

In addition to the fire brigade, the battle involved local government vehicles, which were constantly opening fire zones around Ancient Olympia, while an unexpected ally of the fire brigade was the absence of wind throughout the night. From the first light of day, water drops begun again.