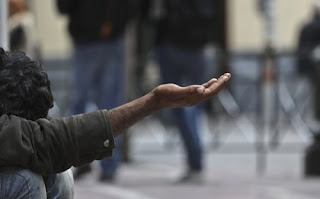 Destitute,helpless and economically devastated appeared to be a… “strange” family in Volos, but that was not the truth. It turned out that it was the leaders of the circuit that was dealing heroin, and the action was stopped by the officers of the Department of Narcotics in Volos,after many months of monitoring.
The couple was a 49Ï‡ÏÎ¿Î½Î¿Ï‚ Î’Î¿Î»Î¹ÏŽÏ„Î·Ï‚ and the 36-year-old companion, unemployed, and with children from different marriages, who, to cover their activities, they were able to issue a card feeding and solidarity, the moment it is estimated that their revenues from the sale of heroin, enough 700 euro per day.
The pair of drain circuit lived in a privately owned house, which has turned into a “stash”, where he was hiding heroin. They had, however, and warehouse-workshop, where sliced and distributed the heroin in smaller quantities to sell to the other members of the circuit 22 users, against whom the Police formed a brief.
The illegal activity, but it didn’t last long, after information was from last August, that is trafficking heroin, and after months of surveillance by officers from October until yesterday, the circuit was dismantled and it was found that in addition to the pair of leaders, involved a 58-year-old from Athens, as well as five other Veliotis from 30 to 42 years old, who was the regional executives and sold the drugs to the users.
To the detriment of the eight detainees was formed and a case file ÎºÎ±ÎºÎ¿Ï…ÏÎ³Î·Î¼Î±Ï„Î¹ÎºÎ¿Ï character for the offences of setting up and participating in a criminal organisation and of the infringement of the law on drugs.
In the context of a police investigation, reviewed the central and leading role of leadership, the internal structure and the hierarchical relationship of the members, the regional role of the other members, as well as the ongoing and systematic action of the organization.
The quantity of heroin trafficked from the middle of last October until today, it is estimated to 1,200 grams approximately, while the illegal benefit of a criminal organisation, during this period, it is estimated that amounts to at least â‚¬ 40,000.
The arrested, against them formed file, you will be taken to the public Prosecutor at first instance, whereas an inquiry carried out by the Department of Narcotics in Volos.