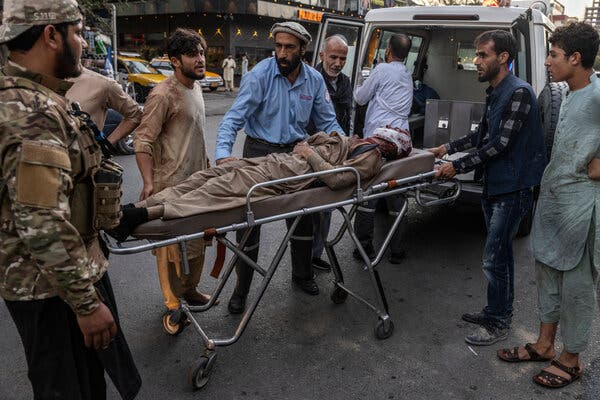 At least 93 civilians have been killed in the two explosions outside Kabul airport, according to information while 13 US soldiers were also killed in Thursday’s blasts, the worst single-day loss for American troops in Afghanistan since the August 2011 attack on a Chinook helicopter that killed 30 service members.

The US troops helping to evacuate Afghans desperate to flee Taliban rule are bracing for more attacks.

Thursday’s attack was claimed by ISIL (ISIS) offshoot in Afghanistan, The Islamic State in Khorasan Province, ISKP (ISIS-K), which said its suicide bombers singled out “translators and collaborators with the American army”.

At least 28 Taliban members are among those killed in the Islamic State attack outside Kabul airport, an Islamist official told journalists today.

US President Joe Biden pledged to retaliate against the attack in Kabul, confirming that the bombings were carried out by ISIS-K. “We will hunt you down and make you pay. I will defend our interests in our people with every measure at my command,” he said.