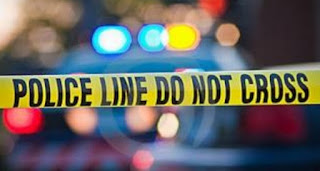 Don’t fit human mind…
A 20-year-old woman from Maryland was killed with a kick to the stomach of the four-year-old daughter, because he didn’t brush her teeth, as announced by the police.
The incident happened on 26 January and the little girl passed away Wednesday.
According to police, the 20-year-old mother called on the 26th of January, Direct Action, around 12.30 pm, asking for medical help because her daughter had lost consciousness.
Initially, the mother claimed that she heard a noise from the bathroom, where the little girl was taking a shower, and when he went to see what was going on, found the little girl lying face down in the bathtub.
As stated in the website imerisia.gr, the 4Ï‡ÏÎ¿Î½Î· was taken to the hospital in critical condition. There it was found that she brought the bruises on her body, as well as trauma to the head.
The mother confessed to what really happened then, saying that he kicked the kid in the stomach, furious because he didn’t brush her teeth, with the result that the child to fall and hit his head on the wall