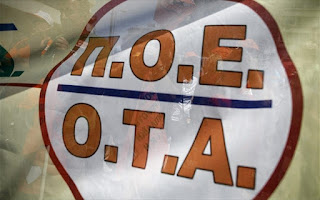 A meeting was held of Members of the Executive Committee of the E.The.E.-The.T.A. Members of the Association of Employees of Municipality of Agia Paraskevi, and Members of the …
Union of Employees of Municipality of Petersburg, with the Deputy Minister of Interior and Administrative Reconstruction mr Christopher Vernardaki, claiming on the eve in the work of all those working for many years based on temporary tables.P.E.E.
At the meeting it was explained that these workers are working about seven (7) years in the Municipalities, to cover fixed and permanent needs and today redundant.
The Deputy Minister of Interior and Administrative Reconstruction mr Christopher Î’ÎµÏÎ½Î±ÏÎ´Î¬ÎºÎ·Ï‚ committed directly to introduce an amendment by which it will ensure the stay at work of workers with Private Law labour relation of Indefinite Time.
Presented to you a draft amendment which we have asked to be notified to the Federation in order to ensure that it will cover all the cases of workers dismissed or not, and deserves Î½Î¿Î¼Î¿Ï„ÎµÏ‡Î½Î¹ÎºÏŽÎ½ improvements.
The representatives of P.The.E.-The.T.A. they stressed that the only choice for the cover of the huge staff shortages is the assertion and the struggle for opening up of recruitment and coverage of needs with a permanent staff!!!
Source