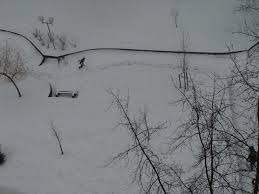 A difficult time he lived last night, a young couple, when got stuck their car in the snow in a mountainous location close to the Old Skotina, where the snow more than half a metre in height and the area was icy.
According to information there was a risk to stay and gasoline, because they had all the time and for over two hours on the machine, trying to warm up from the air conditioning of the vehicle.
Fortunately, they managed to call from their mobile phone for the fire department, because it is in some parts of the region due to altitude that doesn’t get the cell phone.
So after the notice of appeal for assistance accepted by the firemen and moving with snow chains on the fire truck, rushed to the spot to rescue the young couple from caging in the snow near the Old Skotina.
After their rescue, the young and the young do not have words to thank their rescuers, the firemen that rushed under adverse weather conditions and through the night to help out two fellow human beings who were in great danger.
Source