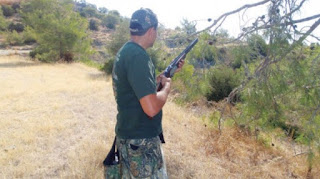 Out of the woods is being treated at the General Hospital of Larissa, the 46-year-old from the…
Rapsani, which last night suffered injuries when he was shot in the abdomen.
The 46-year-old â€“ according to information of the “E” â€“ along with his brother and another hunter last night while he was in a rural area of Î Ï…ÏÎ³ÎµÏ„Î¿Ï, under conditions that are investigated by the EL.NES. wounded in the belly of the gun of the third hunter and not his brother.
Source