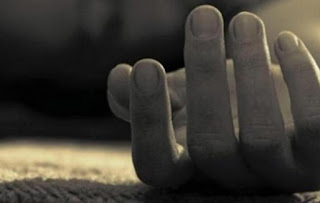 In serious condition Î´Î¹ÎµÎºÎ¿Î¼Î¯ÏƒÎ¸Î· in Chania Hospital having lost a lot of blood…
To end her life attempted to put a woman in Chania, which was found covered in blood at her house in the Chania area.
The I almost committed suicide, slashed her wrists with a sharp object while the reasons that led to this decision remain unknown.
Ambulance PARAMEDICS rushed to the spot while it was called and the fire department in order to transfer the bleeding woman from the floor who is staying on the ground floor and Î´Î¹Î±ÎºÎ¿Î¼Î¹ÏƒÎ¸ÎµÎ¯ in the Hospital.
Finally, the paramedics pulled the woman from the house, and an ambulance transferred to the Hospital in serious condition,
Source