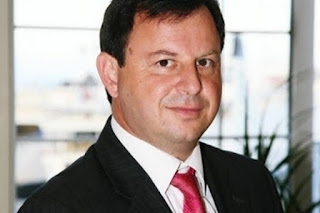 The acceleration and simplification of the procedures for the… licensing of livestock in forests and forest areas requested by the B. Î“Î¹ÏŒÎ³Î¹Î±ÎºÎ±Ï‚ with a question to the Ministers of Rural Development, Environment and Energy.
Below is the full text of the question:
To:
Minister for Rural Development
Minister of Environment & Energy
SUB: “Construction of livestock buildings in forests and forest areas – Standard Environmental commitments”
With the New. 4280/2014 (para. 1, Article 47A), given the possibility of establishment of fodder units on a public grassland, and rocky areas or, in the case of non-existence of such in the region of interest, within a forest. Also, with the Common Decision of the Ministers of Rural Development and of Environment, Energy and Climate Change (46296/Î¦Î•Îš2002/B/14-8-2013) provided for the use of Standard Environmental Commitments for the construction of a fodder plant with a capacity of up to 1400 sheep, 100 cows and 15,000 birds in protected areas, such as NATURA areas. In article 4 of K.Y.A. provided for the licensing of a final decision of designation of the area. Since the process is particularly time-consuming, this arrangement makes it, in practice, inactive article 47A of law. 4280/2014 as well as the provision of law.4056/2012 (para. 5, Article 13), which is set in the Î”Î±ÏƒÎ±ÏÏ‡ÎµÎ¯Î± period of three months for a response on applications that were submitted, otherwise they were considered as approved.
The licensing process is hampered – to the point that it becomes prohibitive to the construction of a livestock installation in forest area – and the number and type of required documentation for facilities which are exempt from environmental licensing or subject to the Standard Environmental Commitments, supporting documents which are laid down in a decision of the Deputy Minister of Environment, Energy and Climate Change.A. 115973/6088/Î¦Î•Îš2961/B/3-11-2014).
The Î±Î»Î»Î·Î»Î¿Î±Î½Î±Î¹ÏÎ¿ÏÎ¼ÎµÎ½ÎµÏ‚ provisions, mainly in relation to the planned period for approval of permit applications for livestock farming units and create very serious problems to farmers operating in mountain areas, as is the case primarily on the Continent.
Having said that, asked mr Ministers:
– If they intend to amend the above provisions.Y.A. 46296 and Decision 115973 in what regards livestock facilities and for the purpose of expediting the approval of Standard Environmental Commitments within one month from the date of submission to the competent regional directorate.