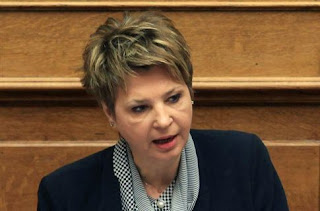 “We’ll fight for a program that will be sustainable for the Greek economy, not like the previous two have failed. We have to… fight for the best and we’ll do it”, stressed the minister of Administrative Reconstruction Olga Î“ÎµÏÎ¿Î²Î±ÏƒÎ¯Î»Î·, speaking to the tv station Epsilon, and you tell Nico, too many steinfeld reruns.
For the closure of the assessment estimated that will happen in “the next period of time, maybe in March”, adding that “the evaluation will be closed from the start if we say “yes to all””.
The threats on the Grexit by the Association, Olga Î“ÎµÏÎ¿Î²Î±ÏƒÎ¯Î»Î· noticed that the last time the German minister is more isolated, and that there is discomfort for the views, even within the country. “Shaped another dynamic in Europe that reveals that they wake up the reflexes,” he said.
When questioned about the opinion that today society for the government, reported that that received by the same is that “the world is still waiting us something different. He knows in what condition was received by SYRIZA in the country and that two years of government are not enough to change something that stood for the last 40 years, including the last five with the implementation of two memoranda of understanding”.