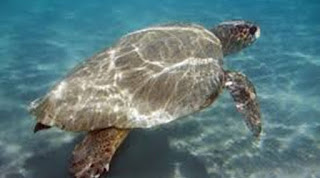 International recognition of Zakynthos as “the island of the sea turtle”, a fact that enhances the tourism of the island…
As the most productive year of the last decade ranks the Management Body of National Marine Park of Zakynthos, this year, as it is particularly high the number of nests of the turtle caretta – caretta.
So far they have recorded more than 500 nests on all the beaches for nesting in the region of the National Marine Park of Zakynthos, in accordance with the data recorded by the scientific staff of the institution in cooperation with the M.K.The. “Î‘Î¡Î§Î•Î›Î›Î©Î”.
Encouraging is the fact that, although we are in the middle of summer, until today, number of nests and the number of turtles in the sea area of the gulf of Laganas, ranks the year’s breeding season 2016, as the most productive of the last decade.
“The fact that, in addition to the pleasant emotions that it evokes in all of us for the survival of the protected species of the sea turtle Caretta Caretta, creates a parallel need for greater attention to the activities of visitors on the nesting beaches and in the marine space.Th.E.G., as professionals operating in these areas”, he notes in a statement, the Management agency of National marine Park of Zakynthos.
Still, notes that: “it is a fact that the existence of important nesting beaches for the loggerhead sea turtle, in combination with the protection of marine habitats, in the area of the marine park, has for many years been a documented scientific fact that has contributed decisively to the international recognition (world trademark) of Zakynthos as “the island of the sea turtle”, not only not to hinder, but instead promotes the tourist development of the island. It is obvious that to maintain and even further strengthen the status of this, you need to do everyone involved the obvious, namely, the observance of simple rules and management measures imposed in these areas, to the benefit of both the human and the natural environment”.
Source