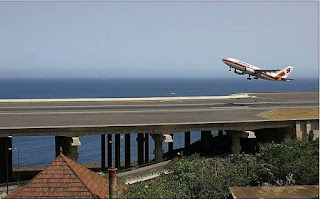 The old runway of the airport in the city….
Madeira Portugal, with a length a little greater than 1500 meters, was one of the most dangerous runways in the world. Even the most experienced pilots have had difficulty in landing and takeoff, especially of large passenger airplanes, since on one side there are mountains and on the other the ocean. 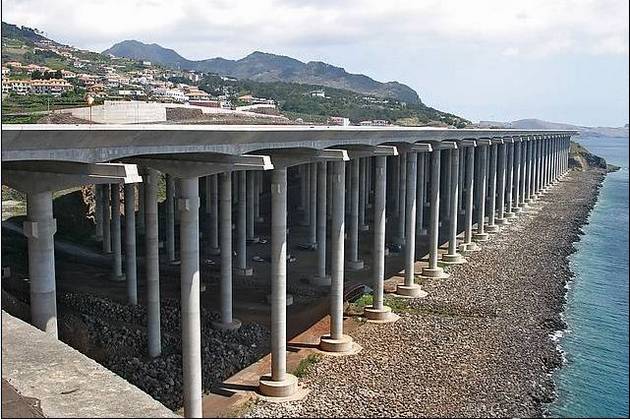 This corridor today, has been extended by about a thousand meters into the ocean, reaching a total of 2700. The extra part of the corridor is located on top of 180 columns, which were used instead of soil in order to create additional space for the airport. The columns have a height of 50 to 70 meters, and the total project cost of approximately 500 million euro. 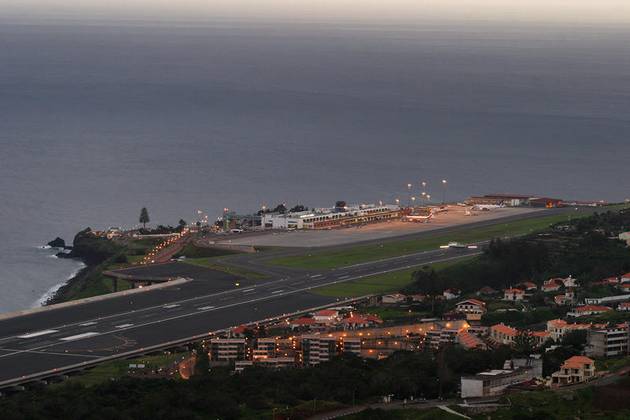 Now, except that even the biggest planes can land in the city without any risk, the airstrip itself is an important attraction for tourists visiting the city.
In addition, it has won an award as â€œoutstanding constructionâ€, the most important award attributed by the international organization for bridges and structuresâ€.
Source