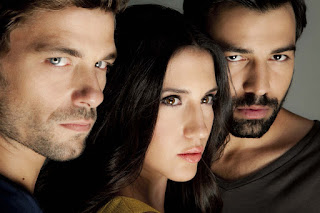 Star of the successful series of ANT1 “Brusco” became…
kiss and tell, and announced a piece of news only to cheer you up can the viewers who watch religiously the stories of the heroes!
The reason for the Koulis Nikolaou, who revealed that the tv show is riveting in three years, the viewers, goes for a fourth season! “If you wish it you shall have it. Let’s go for a fourth season! Brusco: From Greece to Cyprus and all over the world… The decision has been made, the die is cast!” wrote the beloved Greek cypriot artist who, of course, could not conceal his joy with this post!