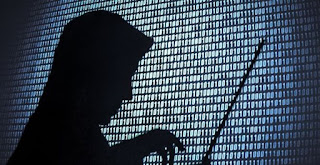 The 2016 is one of the worst years in terms of cyber-attacks worldwide, as well as these multiplied …
this year compared with previous years.
Last year, the attacks were more sophisticated and in the majority of cases were carried out on a large scale, with the DDoS attacks (distributed denial-of-service) are becoming more and more numerous and on a scale that few thought would be possible.
These attacks, where huge amounts of data distributed online systems, so that these can no longer meet the demands of users have evolved to a large extent in the current year, as hackers from exploiting vulnerable devices, which are part of the so-called Internet of Things (IoT – Internet of Things).
Undeniable is the fact that the IoT promises a lot. We now have the ability to create networks, where a whole new generation of “smart” devices can be connected to them. From fridges and kettles, up to systems that heat our homes and devices that feed our pets during our absence.
The usefulness of being able to control these devices from a distance is obvious and new, such “conveniences” will appear more and more often in the future, as people think of new ways to use the technology.
However, these technologies, which enable the devices to be “smart”, are an indirect “backdoor” for the security of our personal data. No expert claims that the hackers will want to “invade” in an air conditioner in order to steal personal data, however, a number of IoT devices to store data that have a value which maybe even we can’t understand.
So, the white devices could be used by hackers in coordinated attacks, in which the role of the product would be to send huge volumes of useless data designed to overwhelm other systems, making them useless for small or large intervals. The attacks that took place in 2016 were carried out with the use of “zombie smart devices” (devices that are exploited by hackers for their attacks), which in combination create an “army of IoT devices”, or a botnet (a network of computers remotely controlled without the knowledge or approval of the legitimate user). As many more devices “classified” in these botnets, the greater the volume of useless data that can be distributed.
The biggest attack took place in 2016 included hundreds of thousands of devices to be used at the same time in the attack where it “starred” the Mirai botnet. .
A key lesson that we have to take all of us into account by the Mirai, is that you need at regular intervals to change their passwords, both on IoT devices, as well as on the websites which we visit.
The experts insist that we must not rely on the factory-set password of a device, such as for example a router, but you need to change the passwords to ensure our personal data.
Source