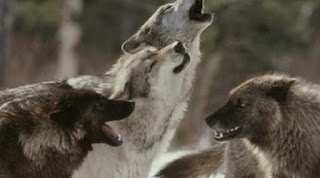 I don’t have the part of luck in trying to… deal with the economic crisis, a young woman who maintains a fold in the area of Margariti of Thesprotia. Pack of hungry wolves broke into the fold and not left even one of the animals alive.
When the unfortunate farmer tried to take care of the herd, he was in shock once he opened the corral and saw images of horror. The hungry wolves, who had invaded during the night, had wiped out all the animals, ÎºÎ±Ï„Î±ÏƒÏ€Î±ÏÎ¬ÏƒÏƒÎ¿Î½Ï„Î±Ï‚ a total of 37 goats, six goats and four sheep, which he found lying in a huge pool of blood.
The farmer, who is president of the Association of Breeders of Thesprotia, called the annex of ELGA in Ioannina for the destruction suffered and the auditors who arrived to the scene they assess the damage, confirming that the animals were killed by wolves, so as to be compensated.