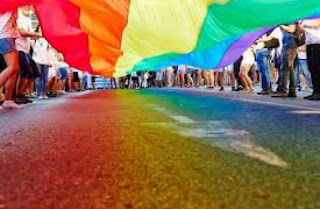 Hit design in the course of the 1st gay pride which will take place…
the weekend of 17 and 18 June at the pier of Agios Nikolaos in Patras, greece, have put members of extreme right-wing organisation. Unknown, of course, remains if it will carry it out.
The decision was taken during a meeting which was held in the offices of well-known motion . Yes, this was taken in the midst of tensions and frictions, with the most hard to impose their point of view against even to the coordinator of the organization.
According to reliable information, the objective is to prevent the realization of the gaypride through challenges and anti-concentration, while if attempted by members of the community to carry out a course â€“ a parade happening on the main streets of Patras , the goal is something to prevent.
According to well-informed sources for the strengthening of extreme right-wing of Patras designed and the arrival of some people from other urban centres in the Peloponnese (Corinth â€“ Arcadia). However, all of these have been received and considered Police officers.
Elevated measures
In order to prevent extreme situations, the weekend of events by ELLE.NES. it has been designed taking increased security measures, as well as the Ermou appreciate that regardless of whether I attempted to act right-wing extremists or not, there is always the risk of widening the spirits, through challenges Î¿Î¼Î¿Ï†Î¿Î²Î¹ÎºÏ‰Î½ people. Yes, the cops know and the names of those who participated in the meeting.
Source