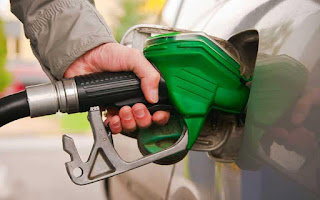 It is characteristic that the crude oil since June 2014 fell by 60% from last year to this year fell …
30%, while unleaded gasoline fell just 18,4% and 2,95% respectively.
As emerges from a survey of the “Nation”, the companies marketing of oil products and gas stations within 18 months posted by 35,87% of the gross profit margin compared with the summer of 2014. In the space of a year, not limited at all.
In addition, the refineries in the country, as well as the corresponding operations in the Mediterranean due to the high demand of fuel especially in international markets kept high refining margins.
This is evident from the latest financial results of the companies, which showed a Ï…Ï€ÎµÏÎ´Î¹Ï€Î»Î±ÏƒÎ¹Î±ÏƒÎ¼ÏŒ of the profits in the first nine months of 2015 compared to the corresponding period of 2014.
So, I proceeded to greater reductions in their prices. Of course, the biggest obstacle in the decline of gasoline is taxation. The Excise duty, fees and other charges constitute 67% of the final price of the product. In simpler words, approximately 1 eur 1,384 per litre of unleaded paid by the consumers goes, steady and unchanged, to the state coffers.
How much we pay for unleaded, compared with the other member-states of the EU?
mail to Print the Article
The data
In particular, the “Nation” has proceeded to the processing of data of the Observatory of Prices of Liquid Fuels of the ministry of Development and international price of crude oil.
More specifically, on December 18, 2015 crude oil was in the 36,88 dollars per barrel. To become safe comparison we converted based on the euro-dollar rate of that day, the value of the single currency. This results in the price 33,93 per barrel. With a reduction in the liter of the price is in the 0,213 euro.
On June 20, 2014 was one of the higher prices of crude oil. Was closed to international markets in the 114,81 dollars a barrel. If you converted the price of a barrel of brent in euro, the cost of â‚¬ 84,36 eur. With the reduction of the quantities in a liter of the price is formed in the 0,531 eur. That dollar falling in relation to the December 18, 2015 was 67% and in euro, crude slumped by 59%. In June 2014, the price of unleaded gasoline was 1,696 per litre. The consumer from then until today I saw a drop of 59% but of 18.4%.
With a closer investigation it will be found that the gross profit margin of marketing companies and service-station was at 0.08 euros per liter, while on December 18, 2015 up 0.11 euros per litre, an increase of 35,87%. The prices of the refineries, of course, fell by 45,17%
How much we pay for unleaded, compared with the other member-states of the EU?
We pay more than Germans and Danish
In the fourth highest position of the EU regarding the price of unleaded petrol, is Greece.
According to the latest official figures from the European Commission on 14 December 2015, unleaded petrol in our country was 1,396 per litre. One of the main reasons is the high taxes and fees that are charged to the fuel.
The Excise Tax together with other charges in the Greek unleaded gasoline is in the 0,679 euro and the VAT is at 23%.
In the first place of the relevant list is the Netherlands with a value of 1,463 euros per litre. Taxes amounted to 0,774 per litre and VAT at 21%.
The second most expensive unleaded petrol is paid for by the Italians. It costs 1,451 per litre to the excise tax, and other charges to be calculated in the 0,728 per litre and VAT at 22%.
After Italy following the United Kingdom. Although it has the highest taxation in the whole of the EU, however the price of unleaded petrol is lower than the Netherlands and Italy.
Specifically sold 1,432 euros per litre, while VAT is at 20%. The excise duty is in the 0,798 euro a litre.
Immediately after Greece comes Denmark, with a value of 1,391 per litre and the excise tax on 0,652 euro. The VAT of unleaded in the country is 25%.
Source