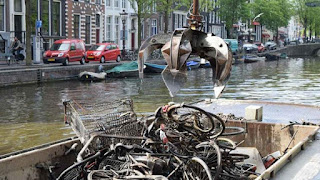 Amsterdam is the most friendly…
as to the bicycles city in the world, with 40% to 60% of all routes within the city be done with bikes. Some estimate that there are approximately 880.000 bicycles in the city, but a lot of channels, with a total length of 100 kilometers. Inevitably, some of the bikes end up in the water. And it’s not just a few but over 15,000 a year!
The Agency Waternet, responsible for maintaining the cleanliness of the canals fishing every day a lot of bikes from the canals, which are either stolen or damaged. Most of them end up as scrap metal, while fishing is a attraction in the city. 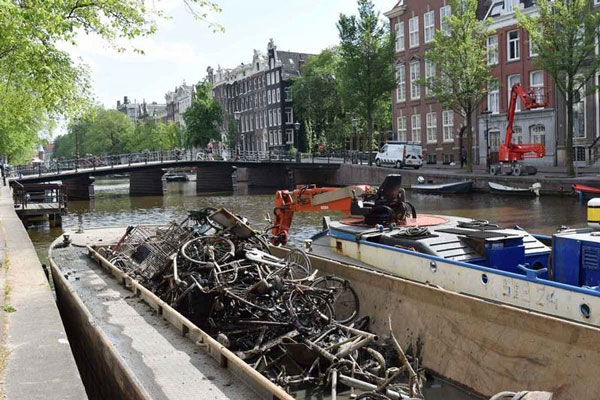