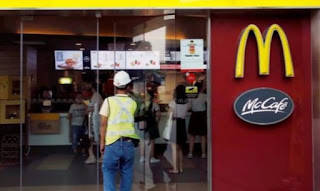 George ÎšÎ¿Î»Î­Î¼Ï€Î±
The McDonald’s has sued the city of Florence. The city has not allowed the chain of fast-food to open a branch in a renaissance building in the famous square.
of the cathedral. Until now it is rare such cases. But that will change if those who take decisions in Europe implement their plan, with the establishment of the Investment Court MIC (Multilateral Investment Court).
The idea of this court became known by the trade agreements TTIP and CETA. You will need to set up courts which would be staffed with judges with a non-transparent manner and may not be independent. A proposal that is in contradiction with the rule of law around the world.
The protests of citizens everywhere have meanwhile as a result of to get on ice the trade agreement TTIP. And swing also and the CETA.
The European Commission, together with Canada, has proposed the “old” idea of private special courts with a new “suit”. Instead of individual courts, there needs to be a global, permanent special court. This court will also be tailored to the needs and interests of the companies.
For companies, such as mcdonald’s, it would be then much easier to sue governments for compensation for loss of earnings – and to win.
So far this is a only idea and so we have the chance, mrs. chance-like movement against the international agreements – to the “fly in the rubble” in a timely manner.
In view of the negotiations, there will be public hearings where you have to intervene in the movement. To make it clear that the benefits for companies and large investors at the expense of the rule of law and democracy is not acceptable!
Multinationals such as McDonald’s motivate all their influence for the enforcement of the special courts.
You have to work hard so that our voice – the voice of the citizens – to be heard. You will need to be found and experienced lawyers on our side, who is very familiar with commercial law. As with the TTIP – CETA-should the movement to adjust the resistance and conflict with the european institutions on a long-term basis.
Source