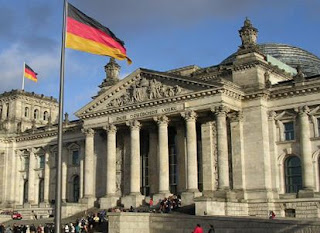 Writes George Eugenides
Barrage of visits of Greek interest, we will have the next time in Berlin, as well as the dense political developments require the presence of leading players in the Greek political system at the centre of developments in europe.
More specifically, treadle will make the Labour minister Giorgos Katrougalos, this Weekend, 9 and 10 January. The paradox, of course, is that mr. Katrougalos has not booked a date with the counterpart of Andrea ÎÎ¬Î»ÎµÏ‚, but instead will attend events of Die Linke and has held meetings with both factors of the party as well as with leading representatives of German trade unions. However, as it is able to be aware of the RP, mr Katrougalos had traveled again to Berlin in the course of December, where once again he was in contact only with the representatives of the party of the Left, and then it is quite likely to be spent in christmas rides, since those days, the christmas spirit was absent from the sunny Athens.
Mr ÎšÎ±Ï„ÏÎ¿ÏÎ³ÎºÎ±Î»Î¿ successor on Wednesday, 13/1, the minister of Finance Euclid Î¤ÏƒÎ±ÎºÎ±Î»ÏŽÏ„Î¿Ï‚. Mr. Î¤ÏƒÎ±ÎºÎ±Î»ÏŽÏ„Î¿Ï‚ will be closed with the visit in Berlin, a streak of visits to German Ï€ÏÏ‰Ï„ÎµÏÏƒÎ¿Ï…ÎµÏ‚, while before it met with his German counterpart Wolfgang Schaeuble will speak with the toughest, the Finnish Alexander called stoemp and the president of the Eurogroup Jeroen Dijsselbloem. It is clear that the context of the discussions of mr Î¤ÏƒÎ±ÎºÎ±Î»ÏŽÏ„Î¿Ï… with the German ministry of finance will include critical issues, cutting-edge, such as insurance reform, which will be found soon and the microscope of the institutions, the superfund privatization, which soon must be given a specific structure, the closure of the assessment, the presence of the IMF in the Greek program, but the debate on the debt. As it learns the RP by authoritative German circles, the German government does not want to become a “smattering” as to the insurance reform, but instead work in depth, as well as the viability of the insurance guarantees and the long-term sustainability of the Greek economy. If this does not happen, then things will be very hard for the involvement of the IMF, something that Germany will make as a prerequisite. On top of that, even if the evaluation is somehow shut down by the end of March, is considered to be particularly difficult immediately after to open the debate for the debt, even if in Brussels and Berlin already crystallized, the formula of the final solution.
Finally, it is important visit you will make, and the President of the Republic, Prokopis Pavlopoulos. According to cross-checked information of the RP, mr Pavlopoulos will be in Berlin on 18 and 19 January, at the invitation of his counterpart, Î“Î¹Î¿Î±Ï‡Î¹Î¼ Î“ÎºÎ¬Î¿Ï…Îº. At the time of his stay, mr Pavlopoulos will see mr. Î“ÎºÎ¬Î¿Ï…Îº, mrs Merkel, other prominent Germans, factors and 19, in the afternoon, we will travel to Frankfurt, in order to meet with the governor of the ECB Mario Draghi. It is worth noting that this visit has been postponed two times: initially it was to be in the 5/7, but then came the referendum, while it was almost Ï†Î¹Î¾Î±ÏÎ¹ÏƒÏ„ÎµÎ¯ for the 26 and 27 November, was not carried out however due to problems in the problem of Chancellor Merkel.
Of course, in Berlin and, specifically, on 9/2, at 20:30 (local time), the VolksbÃ¼hne Berlin, Yanis Varoufakis will make the unveiling of the pan-european movement for the republic. But this is another story, which will shed light more, when the time comes.
Source