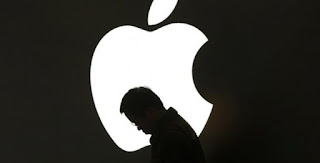 Although it is one of the companies in the world, the Apple seems to keep restrained relationship with social media…
For example on Twitter there is a profile with 36.000 followers which has not been renewed ever something that doesn’t look normal for a big company. Maybe that’s because I made the same Apple, but someone else?
The digital silence of Apple on Twitter is completely appropriate. In other words, Apple has taken a conscious decision to not have active accounts in social networks as it does not have even a page on Facebook.
Can have pages for the products or services of, such as the Apple Store and the Apple Music but has not set up a page for the company itself.
The ceo of the company, however, has a profile on twitter with over 1,000,000 followers. So why Apple does not maintain its own profile?
According to report analysts on CNBC “Apple has nothing to gain from creating an account”.
According to the analyst, companies like Apple, which maintains a standard policy with regard to prices has no reason to do aggressive marketing as this is the case with social media.
The analyst mentions that you don’t need to do no gifts nor offers to sell the products as this is not the policy, so social media isn’t anywhere useful.
In addition to the account of Youtube is not allowing to make the viewers comments as it does not want the interaction with the users. With regard to Twitter profile if and the Apple has been asked if it had been created by the company, neither denies nor confirms it.
The sure thing is that all the movements of the company are very educated and I’m sure that he has not created a profile in the social networks is aimed at a target.