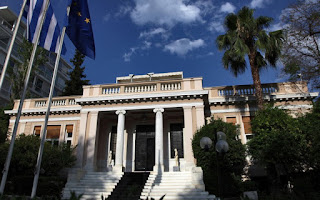 A new field of confrontation with the lenders is expected to cause a part of the parallel programme…
Lenders have asked a few days ago by the government to withdraw the total bill of the “parallel” programme, l, however, some points of this the the Maximos Mansion, in view of the hot January, already make sure to restore and to give them even government GAZETTE.
As stated in characteristics Sheet of the Government Gazette with number, A 182-24/12/15 with this particular, are regulated urgent issues related to the proper functioning of the structures and services of health, welfare and social solidarity, management of the refugee crisis, ensuring the absorption of funds of the RDP 2007-2013, the functioning of the PPC.E., and setting budgetary and tax issues.
Among other things, provided for free amount of electricity to those living in extreme poverty, provisions for the allowance for rental and other for the subsidy to feeding.
The Legislative Act envisages that individuals and families, living in conditions of extreme poverty, is granted for the year 2015 free amount of electricity for their primary residence of up to 1200 kwh per Ï„ÎµÏ„ÏÎ±Î¼Î·Î½Î¯Î± and for a period of two Ï„ÎµÏ„ÏÎ±Î¼Î·Î½Î¹ÏŽÎ½, corresponding to two ÎµÎºÎºÎ±Î¸Î±ÏÎ¹ÏƒÏ„Î¹ÎºÎ¿ÏÏ‚ Ï„ÎµÏ„ÏÎ±Î¼Î·Î½Î¹Î±Î¯Î¿Ï…Ï‚ accounts.
In cases of beneficiaries, the supply of which is adjourned until 31 January 2015, the supply is reconnected free of charge and without any charge, and the arrears are regulated. The provision of free power may be extended to consumption of the next year in order to complete the assignment period two Ï„ÎµÏ„ÏÎ±Î¼Î·Î½Î¹ÏŽÎ½.
With the same provisions provided that the rent allowance for the provision of shelter relates to new leases or renewals of existing leases with new terms, which are entered into after the approval of the provider, and will be paid directly to the landlord of the rental property. The provision is administered for nine months in the year 2015 and may be extended within the next year (2016), in order to cover the assignment period of nine months.
It is expected that the subsidy to feeding individuals and families, living in conditions of extreme poverty may be extended in 2016 to cover the assignment period of nine months.
In the same framework shall be extended until 30 September 2016, the term of office of the paraprofessionals, who serve in the Centres for Social Welfare, while it becomes clear that the duration of benefit of services of Day Care Centers for the Elderly” (day centre) and the Support Centres for Roma and Vulnerable Groups of bodies of local authorities, as well as of fixed-term employment contracts of personnel employed shall be extended until 30 June 2016.