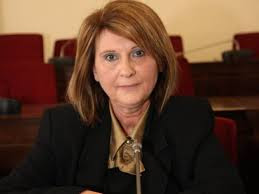 Writes the Wisdom Î’Î¿ÏÎ»Ï„ÎµÏˆÎ·
There the SYRIZA needs to understand that the construction of external enemies as a propaganda weapon attaches only to the totalitarian regimes.
Because, however, the SYRIZA â€“ if and could â€“ cannot impose such a regime, as well as for something is not enough Î»ÎµÎ¿Î½Ï„Î±ÏÎ¹ÏƒÎ¼Î¿Î¯, have two roads: Either to put your head down and work, or to resign!
They broke up the world with the IMF â€“ “we didn’t ask for participation”, is hard, is neo-liberal, has extreme views, poorly located in Europe.
And the next day, they put their tail between their legs, with the government’s representative says the exact opposite: “we didn’t ask to leave the IMF, we have made our view”!
What occurs so from what they said (and confused with the backflips); But how either asked to stay or asked to leave!
What ultimately makes the IMF? Unknown!
What they wanted to say the poets? Explained to us that the government representative: our view again! A view we have!
In other words, people… freedom of opinion, defend it!
Apart from the fact that a government is not a commentator, the way the recoil is an insult and for the same freedom of opinion.
But of course, when the government talks about freedom of opinion which he defends, he means the… own!
All the rest of you, when they talk, it’s co-conspirators, dogs barking, ÎºÎ±Ï„Î±ÏƒÏ„ÏÎ¿Ï†Î¿Î»ÏŒÎ³Î¿Î¹, Doom.
The MEDIA exaggerate and exaggerate, they’re setting up every day fairy tales and disrupt the common opinion (that’s the government’s representative), because they are instruments of the relationship.
The foreigners interfere and they will put them in their place.
The opposition is screaming, but the caravan progresses.
State officials have set up a mechanism and tripped in the government (he said that the government’s representative).
And in general, all together, they were to destroy their “best and brightest”!
That is why they carry out preventive censorship (see business in Eidomeni), are preparing to legislate in violation of the Constitution, generally make the lions.
And when they understand that the roars of them don’t work, they retreat and are once again the victims, and again from the beginning.
On the government, nor reason!