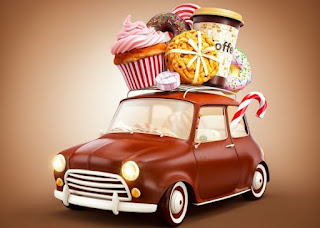 Common the phenomenon of overtaking through the streets! Especially during a summer excursion in the mountain or in…
beach parties, which many drivers wish to enjoy the views and the fresh air with their family , some other drivers sometimes pass without complying with distances and safety measures.
In accordance with paragraphs 3 & 4 of article 17 of the code of road traffic sets out the provisions for irregular overtaking. The violation of the provisions of paragraphs 3-4 result in a cash fine of eur 700, removal of a driving licence for 20 days, removal of a marketing authorisation for 20 days and 7 penalty points in the point system. O offender is not subject to criminal penalties.
See here in more detail:
ARTICLE 17 : Overtaking – Traffic lyrics
(3).
The overtaking is generally prohibited in the following cases:
(a) When one of the drivers who follow him, intending to overtake already started the overtaking.
(b) When the driver who is ahead in this lane give a signal that it intends to overtake another.
(c) When the traffic lane, which will use the driver in the overtaking, it is not free at a sufficient distance in front of him, in such a way that, taking account of the difference speed of the vehicle, at the time of overtaking, and that of the vehicle which intends to overtake, not to jeopardize or hamper the coming out instead.
(d) Immediately before or on a non-circular level road of a node, unless:
(aa) allowed overtaking to the right, in the case of par. 2 of this article,
(bb) the route, in which the overtaking has priority,
(cc) the traffic is regulated by traffic or traffic lights and
dd) the vehicle which is overtaking a bicycle, moped or motorcycle without a basket.
(e) Immediately before or on a level railway crossing without movable dams, unless the road traffic is regulated by traffic lights, such as those used in the Î¹ÏƒÏŒÏ€ÎµÎ´Î¿Ï…Ï‚ road junctions.
(f) Immediately before or on a pedestrian crossing, which is marked as a pedestrian crossing the roadway or with a marking plate.
(g) in the tunnels.
(h) When a school bus has stopped on a roadway with one or two lanes in the direction in which it moves and has lit the emergency lights for the disembarkation and boarding of students.
(4).
In particular in roadway two-way, overtaking is prohibited and when the approach to convex change in slope or in curves with poor visibility, unless there is in the points that a dividing strip or at least two traffic lanes in the direction of this passes, which are defined with longitudinal markings, and the overtaking is done without leaving the driver in the lanes marked as closed to those who come in contrast.
The next time someone passes improperly and endanger your life and other dozens of lives, think about if you capture the license plate to give to the first guard you come across… and let’s blame you for a “stool pigeon”. Better to be punished an irresponsible than to cry on, loved ones of an accident victim.
Finally, I would like to point out that the COKE allows overtaking under certain rules! The route with the car is sweet as a muffin macaron or ÎºÏ‰ÎºÎ¬ÎºÎ¹ or baklava or Ï„Î¿Ï…Î»Î¿Ï…Î¼Ï€Î¬ÎºÎ¹! It is not necessary to get taste for bloody overtaking.
Drive carefully and do not overtake unnecessarily!
Source