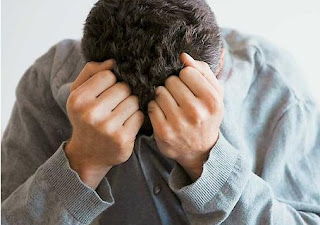 The workers are usually lonely and insecure occupations face an increased risk of suicide, according to a new american research. At the top of the… list of risk are the farmers, the fishermen and the loggers, while on the contrary, at the end of the list one finds the teachers.
The study of the Centers for Disease Control and Prevention (CDC) in the USA found that they tend more to suicide, those who do manual profession and feel isolated in their work, as well as those who -particularly in the construction sector – they have insecurity about whether they will have their job and in the future.
The big research shows huge differences between the professions, in terms of suicide rates over time. High rates are also the carpenters, the miners, the electricians and the builders. Follow engineers (installations, repairs, etc.), industrial workers and architects.
The less chance of suicide from all the professors, teachers, and librarians. Other occupations with very low rates of suicide are the clerks, the barbers-hairdressers, cooks, and those involved with the care of children.
A little above the middle of the list (i.e., with risk above the average), one can find policemen, firemen, artists, athletes, journalists, mathematicians and programmers. Scientists-researchers, accountants, economists, clergy, brokers and sellers are under the middle of the list of risk. Doctors and other health professions have an average of 80% less likely to commit suicide compared to farmers and fishermen.
The main cause of suicide is depression. Most of the suicides are made by people in middle age, more frequently by men than women. The highest suicide rates of women are found among those working in the security forces (police, fire, etc.) and in the legal profession, two areas where the stress is large.
At least in the US, the suicides of people over 16 years of age show an increase over 20% after the year 2000. The annual suicides among farmers and fishermen is 85 per 100,000 people (males 91 per 100,000).
The researchers pointed out that one reason for the increased suicides among farmers, fishermen and lumberjacks is that, apart from the frequent loneliness and the lowest income, have a greater reluctance to seek help from a psychologist or psychiatrist, partly due to the incorrect perception that this would be seen as weakness by those around them.
Still, farmers are frequently exposed to chemical substances insecticides-pesticides, that can affect the nervous system and thereby contribute to depression. Something similar may be true in the cases of workers in jobs installation-repair-maintenance, which are also exposed to solvents and other potentially hazardous chemical substances, affecting the nervous system.
Source