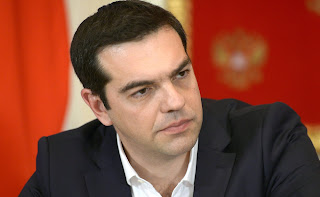 Finalised in accordance with information…
the participation of the prime minister, Alexis Tsipras, at the World Economic Forum in Davos on 21 and 22 January. There is expected to have important meetings with leaders on issues such as the refugee, the impairment of the Greek debt, attracting investment in Greece and on Cyprus.
On the sidelines of the Forum, it is almost certain that the Greek prime Minister will have meetings with German Chancellor, Î†Î³ÎºÎµÎ»Î± Merkel and IMF managing director Christine Lagarde. At the summit you are still the President of the Republic of Cyprus, Nikos Anastasiadis, the Turkish prime minister, Ahmet Davutoglu, the Turkish cypriot leader, Mustafa Î‘ÎºÎ¹Î½Ï„Î¶Î¯, the prime Minister of Britain, Devin, Cameron, and the American Vice president, Joe Biden. which does not preclude a Summit Meeting to resolve the Cyprus problem.
Be noted that the central theme of this year’s Forum (46th Meeting) at the swiss resort for the political and economic elite of the world, will be the “Configuration of the Fourth Industrial Revolution”(“Mastering the fourth Industrial Revolution”). The “present” is expected to give leaders from all over the world, heads of government, business and economic factors.
Source