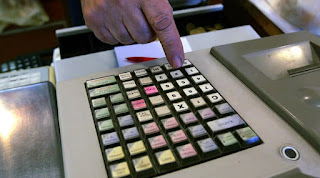 Confusion still prevails about what finally costs must be…
make (and how to do it) every taxpayer, with the new system exemption system on the basis of receipts and payments with cards. Despite the best efforts of the competent minister, mr Tryphon Alexiadis, to give explanations through interviews of channels and radios, the taxpayers, consumers continue to live in the middle of the night.
The only certainty that emerges from the interviews of the deputy minister of Finance are all indiscriminately expenditure made from 1.1.2016 and then via credit card or online banking, or made in a supermarket or, for example, for buying a car, it will “count” for the formation of the individual exemption system of the year, except only those who are declared anyway separately in Q1 ( such as rent, medical expenses or mortgage interest).
Sure, but maybe not so much, is that the deputy minister of Finance considers 2,000 per year as a …large income. It is not excluded, however, means fewer!
Not sure also if the requirement for the amount of expenditure that will be made with a card, is reduced or increased in proportion with the declared income of the taxpayer. So if it’s lower, if it will be less and the payments by card will be required.
In order to dispel the confusion that prevails about what finally will be in force this year, and for whom, the deputy minister of Finance Tryfon Alexiadis said in a radio interview last night on Real FM that the relevant provision is still being processed (possibly in consultation with the Troika) but as pointed out by mr. Alexiadis, “in the next few days” will be announced, for arranging the course and every taxpayer.
At the same time, if the device is not ready, he gave the following examples of how it works the measure. And said and I quote:
– “If someone has $ 25,000 of income (we call it a theoretically great income) we won’t tell him, “you bring us the 10%” only with plastic money. There, I say, “lord, bring us â‚¬ 9,500″ if it is ultimately the tax-free”.
– “If one taxpayer has annual income of 8,000, I won’t say “bring and eur 8,000 for you tax-free – with proof”. There will of course be smaller. There will be e.g. on of 4,000 euros”.