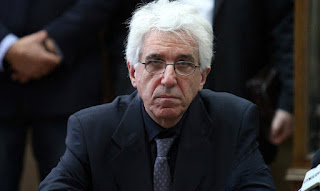 It will not be included…
in the settings for the pact of cohabitation – The possibility will be examined in the future, legislative committee, said the Ï…Ï€Î¿ÏÎ³ÏŒÏ‚ – I Hope so to heal the ÎµÎ½Î´Î¿ÎºÏ…Î²ÎµÏÎ½Î·Ï„Î¹ÎºÏŒ rift, he noted
For a civil partnership, adoption by same-sex couples and the arrangements for the wristband, he spoke of the Justice minister, Nikos Paraskevopoulos in an interview on the radio station vima Fm.
Adoption by same-sex couples will not be included in the arrangements for the civil partnership, the minister said, specifying that the possibility will be examined in the future by a legislative committee.
“Will be enlarged and will consider this issue. And at the moment it is introduced to setting, because it is not mature, neither in terms of legal, in terms of work, so that there are no contradictions or hierarchies that are not correct with other values of the rule of law, family law,” he said.
“The thing I consider very, very carefully to a commission, with leading Î±ÏƒÏ„Î¹ÎºÎ¿Î»ÏŒÎ³Î¿Ï…Ï‚ around the country, and certainly, when we have their proposal, it will be much easier to say yes, no, or how much, etc.”
In fact, referring to the ÎµÎ½Î´Î¿ÎºÏ…Î²ÎµÏÎ½Î·Ï„Î¹ÎºÏŒ rift that was created for this issue, mr. Paraskevopoulos expressed the hope to be healed because “the members of the independent greeks seemed to object solely on the settings for the registered partnership and not in other places. And because this is so, especially, the Monday, in the second reading, i.e. in the last stage of the debate in view of the Commission, to bring some clarification on the matter, I hope that it can be swung around on its way”.
For the settings specific to the wristband said:
“There are settings for those who are unable to pay the amount, but I’d say that scared us a little in the setting that we have introduced a setting, and the previous government, in 2014, and we, with the hope that we invest in the education of prisoners, etc. and yet we have minimal application. We thought what is it and what can help and we thought that we should spread geographically, the institution, not applied on a pilot basis in only one or two prisons, but across the country. Also, that an impediment to a wider application is the fact that you need a broader licence, a dual crisis, only if the prisoner is detained, not when they’re convicted. So the crisis and of the disciplinary council, which is headed by attorney-general and the judgment of the investigator of the case, where there is a will remain in custody. So, we thought it is sufficient the judgment of the disciplinary board, with the president-in-office attorney, and this can facilitate implementation. At the hearing of the operators, but, in the House, came the representative of the association of Prosecutors, of eminently so referred to in the plan, who said that in their opinion it is not sufficient only the opinion of the prosecutors and to the opinion of the judge. After that, we could not insist on a setting that assigns all the weight to the prosecutors and that the prosecutors assert that they can not be alone responsible. Therefore, we change, and there will be set a written and Monday will announce that it will be provided and the opinion of a prosecutor and investigating judge, and that in the event of a dispute will not have the opinion of a features of veto on the other’s, but in this case will be considered by the competent judicial council”.
Source