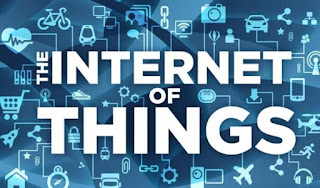 The Internet of Things is the idea of the total networking of the devices we use as humanity. What is the …
the history and meaning of the weird terminology?
The story
The Internet of Things (IoT), we could say that it started from their personal computers. Developed rapidly in smartphones, tablets, smartwatches and smart tvs.
Now, however, the next stage is just before the completion of the global spread, with the other everyday devices that will coexist in harmony under the umbrella of the concept of IoT.
The technological revolution has the potential to change the way of life all around us. Our homes, modes of travel, our work, even whole cities. But when you get to something like that?
The answer is probably very soon, since analysts predict that they will reach such a state of total interconnectivity until the next decade. The first of More than 24 billion devices will be connected to the internet will be installed by 2020, a rate four times higher than people on Earth.
What is the Internet of Things is?
Pretty much we have all heard of the term Internet of Things â€“ or Iot – the last two to five years. Some can, but we don’t know exactly what it means.
The Iot refers to objects (in addition to the “common” such as computers or smartphones) that are connected to the internet. Cars, appliances, or even… ÏƒÏ†Ï…Î³Î¼ÏŒÎ¼ÎµÏ„ÏÎ± can connect to the internet via the Iot. As much as gigantic proportions that the connectivity of the machine, the bigger it becomes and the Internet of Things. Behold, then, some useful terms to understand exactly what we do.
Internet of Things: A network connected to the internet, devices and objects which can carry out transaction data through special sensors.
Internet of Things device: Any unique device with an internet connection which can be used from another location.
Internet of Things ecosystem: The “ecosystem” of the Iot includes all the machines and the individual components that enable companies, governments and consumers to be connected with the devices of the Iot, including remote control, networks, data storage and security, among others.
Î•Î·Ï„Î¹Ï„Î³: Consumers, governments, companies
Physical layer: The hardware, the materials, i.e. which form the devices of the Iot, such as sensors.
Network layer: software which transmits the data collected by the physical layer in other devices.
Application layer: The protocols and the interface using the devices to “communicate” between them.
Remotes: The “remote controls” that control the devices of the Iot through applications, such as smartphones, tablets, PCS, smart tvs and more.
Dashboard: The “table” data to the ecosystem of the Iot, which usually is installed on a Remote.
Î‘nalytics: the analysis of The data by the software of the devices of the Iot that is used in several scenarios such as maintenance.
Data storage: The storage space of the data of the Iot.
Networks: networks for The connection of devices to the internet and the rest of the individual devices.
What are the industries that will gain from the Iot to you?
Transport, defence systems,agriculture, infrastructure, retail, logistics, banks, oil, gas and mining, insurance, Smart Home and smart infrastructure, catering services, utilities, tourism and hospitality, and health.
Which companies are already working with the Iot to you?
Honeywell (HON)
Hitachi
T-Mobile (TMUS)
Comcast (CMCSA)
GE (GE)
AT&T (T)
Cisco (CSCO)
IBM (IBM)
Amazon (AMZN)
Skyworks (SWKS)
Apple (AAPL)
Sierra Wireless (SWIR)
Google (GOOGL)
Iridium Communications (IRDM)
Ambarella (AMBA)
ARM Holdings (ARMH)
Texas Instruments (TXN)
PTC (PTC)
Fitbit (FIT)
ORBCOMM (ORBC)
Garmin (GRMN)
Blackrock (BLK)
InvenSense (INVN)
Microsoft (MSFT)
Control4 (CTRL)
Silicon Laboratories (SLAB)
CalAmp (CAMP)
LogMeIn (LOGM)
InterDigital (IDCC)
Ruckus Wireless (RKUS)
Linear Technology (LLTC)
Red Hat (RHT)
Nimble Storage (NMBL)
Silver Spring Networks (SSNI)
Zebra Technologies (ZBRA)
Arrow Electronics (ARW)
Platforms that support devices of the Iot
â€¢Amazon Web Services
â€¢Microsoft Azure
â€¢ThingWorx IoT Platform
â€¢IBM Watson
â€¢Cisco IoT Cloud Connect
â€¢Salesforce IoT Cloud
â€¢Oracle’s Integrated Cloud
â€¢GE Predix
Source