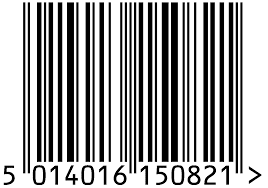 The barcode (barcode) first appeared in the late 1940s and is based on…
strict specifications. One of the most popular systems is the IF-13. It consists of 13 digits in the form of a combination of lines and spaces.
In the code there are some lines that are longer than the rest. At the beginning and the end are the lines that allow a scanner to determine where it begins and ends in the code. The two middle lines divide the code into two parts so that it is easy, if you need, typing the 13-digit. At the same time, it is easier to decode the two parts of the scanner separately, regardless of whether the product is inverted or not.
The first two digits of the 13 the bar code is the country code of the country where it is registered by the manufacturer, but not necessarily the country that manufactured the product. Sweden, for example, has country code 73 and the Greece 52. The next five digits encode the producer or importer, while the next five are the product number, which is determined by the producer to facilitate monitoring of the warehouse and sales.
The last digit of the code is a check digit. The scanner has a formula that applies up to the first twelve digits thus confirming that the result is the same as the check digit.
Source