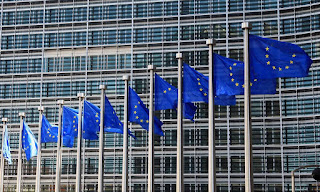 Is a memorandum obligation to the concentration of revenue from the sale of licenses of television channels, said the representative of the European Commission, Margaritis Î£Ï‡Î¿Î¹Î½Î¬Ï‚.Asked about the decision of the Greek government to proceed to an international tender for the sale of four licences of tv channels, mr Î£Ï‡Î¿Î¹Î½Î¬Ï‚ replied that the memorandum commits the Greek government to launch an international tender for the sale of television licences, stressing that the revenue will be used for the fulfilment of fiscal objectives.
“The competition must be done with respect to the european legislation and as it has not been yet any proposal relating to the contest, has not been done and no discussion with the institutions,” he added. However, he stressed that “it is the member states which decide on the licensing process of tv channels, as this legislation has not been harmonised at the european level”.Source