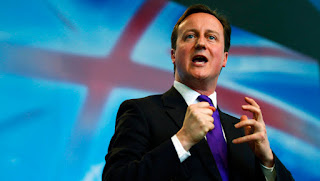 Downing Street has denied…
the information of the british Press according to which the prime minister David Cameron is ready to back to one of the main claims that has been expressed to remain the country of the European Union and prevent a Brexit.
Three newspapers, the Sunday Times, Synday Telegraph and Independent on Sunday, support on the front pages of their that mr Cameron will make it back to the plan to deprive European citizens from social benefits during the first four years of their stay in Great Britain, in order to better control migratory flows.
This request is one of the four major axes of reform proposed by the prime minister in view of the referendum on the eve of his country.E. to be held at the latest by the end of 2017.
The issue of terrorist social welfare is at the same time for the british public the most important and the most problematic, since it impinges on the principle of free movement and non-discrimination between European citizens.
In front of the reactions of many member states, mr Cameron reportedly is almost ready, in accordance with the Formula-based government sources, to consider “alternatives” at the european Summit that will be held next Thursday and Friday in Brussels.
However, the prime minister’s office has denied that mr Cameron is reviewing his plans. “A couple of Sunday papers claim that the prime minister is backtracking on its proposal to freeze social benefits for four years. One of the papers supports that will abandon this request at the european Summit next week, something that is simply wrong,” said a representative of mr. Cameron.
The spokesman recalled that the prime minister is “open to different ways of managing this issue”, but it is imperative to achieve an agreement that allows the control of the derived from the European Union immigration.
Source