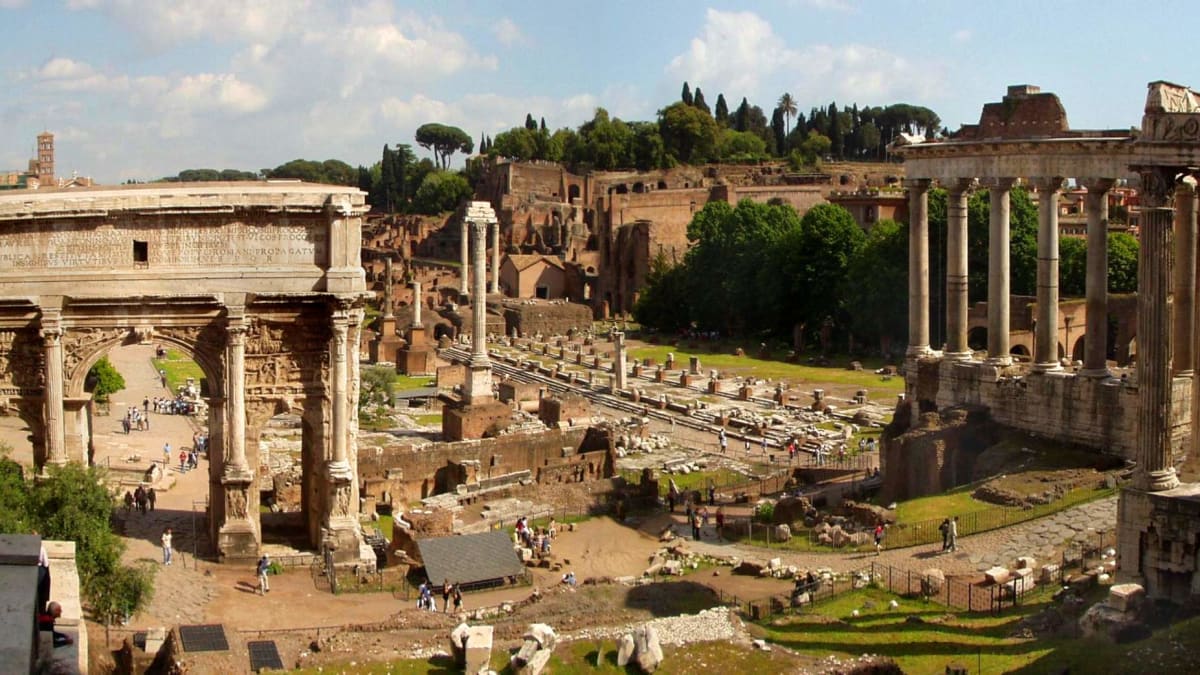 Romans ate three meals during the day, in which women also participated. In the morning between eight and nine, the Romans ate breakfast so écantaculum, in the middle of the day between eleven and noon they ate the prandium (second breakfast, dinner) and finally the most important meal was dinner, between the third and the fourth hour.

The first two meals were light and quick. At that time bread, fruit, vegetables, cheese, and remnants from supper were eaten. Often these meals were eaten standing up. The most important meal of the day, dinner (cena) was first consumed in the atrium household, where the revelers were exposed to passers-by looks.

In the middle of triclinium, there was a square or a round table (mensa), around him lay sofas, on which the revelers lay, resting on the left side in such a way as to have free right hand and to be able to eat. The table was marble or ivory. In the first century BCE, a tablecloth appears (mantele). There were dishes, wine, and salt shakers on the table. Liquid dishes were eaten like a spoon (cochlear), while other foods were eaten by hand.