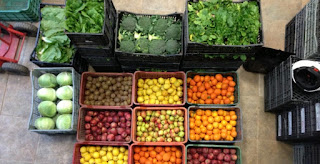 Despite the adverse climate, which affected overall exports…
in 2015, shaping a negative sign in almost all sectors, olive oil, fruits and vegetables but also processed products have proved to the most skeptical that Greece continues and produces demanding dynamically shares in the world market.
Two billion extra contributed to the Greek economy the exports of products of Greek agriculture and industry in 2015, while the agricultural products are those that can be a lever for the development of exports in the year to come. Feature is that only last October, according to data from the Panhellenic Exporters Association upward moved only the sectors of olive oil and percentage reached 94.1 percent, and the machinery (24,2%). The Greek food and beverages account for 28% of their value. At the same time the Î±Î³ÏÎ¿Ï„Î¿Î´Î¹Î±Ï„ÏÎ¿Ï†Î¹ÎºÏŒÏ‚ sector of the country produces a quarter of the top 100 export products.Is indicative of the fact that Greece is a key supplier of agricultural products in the developed markets of the OECD countries. The countries of Europe, North America, and Russia, and the United Arab Emirates absorb the largest quantities of Greek Î±Î³ÏÎ¿Ï„Î¿Î´Î¹Î±Ï„ÏÎ¿Ï†Î¹ÎºÏŽÎ½ products.
The Greek food are champions at the level of world trade. Nevertheless there is significant scope for increase of their shares or for their penetration into new, dynamically developing markets. There is also considerable scope for increasing value added through the investment in knowledge, innovation, strategic marketing and modern techniques of promotion. In this endeavor, you need to exploit the existing advantages, such as the high quality of products, but also the entrenched distribution networks that exist in developed markets.
According to the president of the Panhellenic Exporters Association, mr. Chr. Sakellarides, the basic expectation of the Greek exporters for 2016 is on the one hand, the return to normality, especially in terms of banking transactions and on the other hand, the recovery of the confidence on the course and the prospect of the country, within and outside borders.
The healthy productive forces of this country and the exporters in particular, as pointed out in the president of the MAI, expect to: eliminate the policy, and fiscal uncertainty-establish normal functioning of the financial system after the new recapitalisation of the Banks, with lifting of capital controls activation of new financial tools, such as the NSRF and the Development Law for the promotion of reforms for the consolidation of a stable and Ï†Î¹Î»Î¿Î±Î½Î±Ï€Ï„Ï…Î¾Î¹Î±ÎºÎ¿Ï business, investment and tax framework