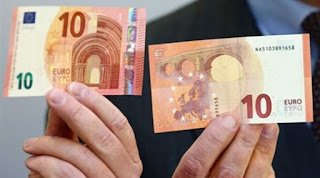 Even in the market of Corfu where they reside, they were trying to… “push” counterfeit bills, the 36-year-old and the 25-year-old girlfriend who were arrested last Saturday. The 21 retailers who had to cheat in almost the entire Continent, added to other seven.
As found by the coroner’s court the men of the Security Arta, the couple had managed to buy it with counterfeit banknotes of 50 euro of various products from three stores on the island, while he was attempting to do the same to four other commercial enterprises the owners of which have realised that the money was… “leather”!
For these cases, formed at the expense of the additional file for counterfeiting and circulation of counterfeit serial and aiding and abetting.
The perpetrators ÎµÎ¾Î¿ÏÎ¼Î¿ÏÏƒÎ±Î½ from Corfu.X. car in the prefectures of Arta, Thesprotia and Preveza, where they trade with merchants. Six complaints from shops have been confirmed, while it was found that cheated 15 other entrepreneurs in Igoumenitsa, Arta and the ÎšÎ±Î½Î±Î»Î»Î¬ÎºÎ¹ Preveza. After their arrest in the port of Igoumenitsa, seized five counterfeit banknotes of 50 euros and the products they have bought, as well as 2.090 genuine euros coming from change. In their homes in Corfu, found a printer, a laptop computer, and a tablet that is used, for counterfeiting.