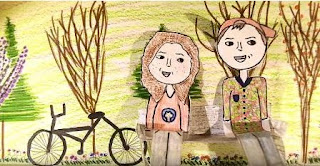 The students of the 2nd General high School of Kessariani -the environmental group which has been operating for several years in the school…
– participates in the european competition to create a video of the Green Environment Education European Network.
The video takes us in the future, imagines and tells us in what ways our planet has managed to be saved from climate change.
The video managed to be found in the final ten evaluated by a jury, singling out among dozens of but from many other european countries.
Now the crisis of the winner is in the hands, or better in the mice of the citizens who are the children of the 2nd General high School of Kessariani ask to make a like to the post with the participation of the page GREEEN on Facebook to get the unique work that has been choose by our country to be found in February in Stockholm and to present the work.
See the remarkable video and don’t forget to like here