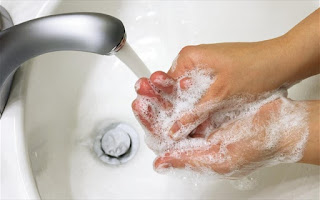 For the increased concern with regard to the epidemics of viral gastroenteritis us to talk… professor of Microbiology at the Medical School of university of ATHENS mr. Athanasios Î¤ÏƒÎ±ÎºÏÎ®Ï‚, pointing out that it is absolutely justified, as it has been observed an increase in epidemics in the last few years.
However, as the professor says, since there is no vaccine to protect us from some gastroenteritis, the best way of preventing and treating it is to take care of meticulously the cleanliness of our foods, but on top of all of our hands, with which we get most of what we eat.
As mentioned by the professor, viral gastroenteritis, is epidemics which appear from mid winter and usually last until early summer. Relating to all age groups, however, as he says, is more serious the clinical symptoms in children and the elderly.
Feature of epidemics is that they appear in public places such as hospitals, schools, restaurants, cruise ships and general areas of mass use and focus. Many times even to broadcast them implicated contaminated food, usually prepared with standard (industrial) way, and are not subject to cooking.
As in other areas of public health and for the prevention of epidemic viral gastro-enteritis of great importance, according to the professor, has the implementation of the general measures of hygiene, such as meticulous hand washing and use of protective equipment in food preparation areas or in areas where food is prepared standard pre-cooked food.
The use of all these measures must, as he says, is an integral part of the manufacturing process and disposal of food and we must not forget that in this way we avoid a lot of infections, not just viral gastroenteritis. And as there is still no vaccine for the prevention of gastroenteritis from Î½Î¿ÏÎ¿ÏŠÎ¿ÏÏ‚, the use of preventive measures is all the more imperative.
The general measures to be taken in addition to hand hygiene, use of gloves, disposable, control of people working in food preparation areas, and specific preventative measures are the instructions to health workers, the use of special protective clothing and the use of chemicals for disinfection of premises and tools.
For this purpose, according to the standards of other state public health agencies, there must be a specific management plan for epidemics of viral gastroenteritis in which listed in detail all the steps that must be followed for dealing with smaller or larger epidemics.
To address the epidemics of these, of particular importance is the early identification of them, as stated by mr. Î¤ÏƒÎ±ÎºÏÎ®Ï‚. For this reason, we have hospitals and clinicians to alert the CDC when they realize the existence of cases that require epidemiological investigation.
Then public health authorities should investigate the incidents, to coordinate the epidemiological and laboratory testing and to issue promptly its findings to the state, in addition to informing their citizens for the adoption of appropriate preventive measures. The surveillance should not be interrupted during the epidemic, and will also need to inform the medical community and the general public for the end of the epidemic.