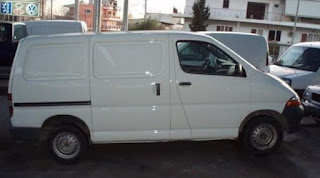 The con had set up an old truck owner to Kalymnos… for not paying car registration fees for three consecutive years, it was discovered when he fell into the roadblock that had been set up by the men of the local police department to make Ï„ÏÎ¿Ï‡Î¿Î½Î¿Î¼Î¹ÎºÎ¿ÏÏ‚ controls!
Although the 67 year old initially did not comply to the suggestions of the police to stop the I.X. truck driving, eventually stalled. During the audit, it was revealed that the vehicle had stated that of the stole on 13 March 2014! So, if and believes that, normally, you don’t have to pay the fees of the same year, and the next and this year! At the expense of the elderly formed a case for false charges and violations.The.K., which was forwarded to the public prosecutor at first instance Kos.
*** In Rhodes, the men of the police department Archangel formed a case against a 22Ï‡ÏÎ¿Î½Î¿Ï… Greek, when they did control the motorcycle that he was driving and found that it was stolen. The young offender is not arrested, due to the expiry of the act, but the motor was seized and given to the owner.