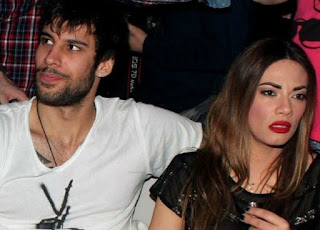 The rumours that they wanted to not be anymore with Giorgos Printezis refutes categorically the Vivi Tsiamis, speaking in the Sunday paper…
For the rumors that they want to have split: “We’re a couple with George for 8 years and 4-5 of them write that we’re in crisis and we split after hectic fights. In all the pair of there are where, and where small problems or some gray clouds, but these are in the program. The point is, there is love, because with this they can be overcome”.
For the relationship with Printezis: “we’ve been roommates, we’ve done holidays together, and we continue to be couples in spite of those who want us to pull in different directions. I don’t understand why all the fuss is about, but why is there this obsession to separate us. George has a prior commitment with the team and we can’t be together all the time! They see me alone in the club where I work or in a display and in a hurry to write a breakup. I don’t think that we have a different programs or that we don’t like to beat the drum for our relationship”.
For the reason that they don’t put shared photos on social media: “we don’t belong to those who like to… upload such photos often. The more personal photos of us who what do you draw? I don’t think I’ve been through I George and he me? Exclude a couple not want to sell his love and gives food to forms and emissions? Do I have to do this that many from the world of show business to close the mouths of those who want me to divorce you”.
Source