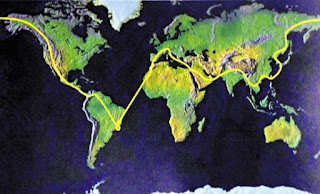 You are looking for maps of the rail network of Greece? Maps. routes of OASA’s? Did the maps of protected areas Natura it?
A plethora of geospatial data, i.e. data that can be displayed on a map, are available on the geodata.gov.en: a service of open data for the support of the public administration and the encouragement of research and private initiatives.
The geodata.gov.gr, which gathers data from other agencies and services, started its operation in 2010 and until today has been offering open geospatial data to more than 500,000 users.
The data and the interactive maps are used by professionals, scientists, students and citizens, thus contributing to the transparency, the protection of the environment, savings of public resources, the strengthening of scientific research and economic development.
New look, better function
Recently the geodata.gov.gr changed appearance and function, offering faster and simpler availability of open data. Any interested person can freely publish them, to reuse and visualize the published data.
The upgraded maps of the geodata.gov.gr no longer be able to incorporate satellite images and aerial photographs.
The geodata.gov.gr is based on open software, which has been developed in the framework of the project PublicaMundi. The old version will continue to be available at old.geodata.gov.gr until mid-2016, but is updated with new geospatial data.
Also, in the labs.geodata.gov.gr is hosted in a test environment for the new services developed as and for the training of personnel Public Administration in the post data.