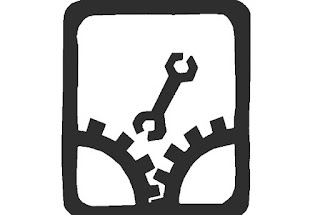 Condemn the unfair and abusive dismissal of a colleague, a member of the Association…
Technical employees, the startup application service provider Goodvidio, based in Thessaloniki, after participation in a 48-hour strike of the 6-7 May against the passage of the insurance bill ÎšÎ±Ï„ÏÎ¿ÏÎ³ÎºÎ±Î»Î¿Ï…. The colleague worked in the company from October 2015 with the status of telework from Athens, where he resides.
In early April, it was announced by the employers of the Goodvidio that funding expected by investors will ultimately become a reality and that it will take measures to cut costs, one of which concerned reductions in salary of 20%, which were presented as temporary. The employee complained about the reductions exposed the contradictions of the alleged impermanence of the reductions and asked for guarantees for the restoration of the originally agreed-upon wage earnings. The management announced its desire to continue to work of the employee in the company, and demanded, despite the reductions, to be â€œpresent ” body and soulâ€ in an attempt to its commitment not to seek work elsewhere.
Not only the reductions became a reality, but after 1.5 month there was another negative development for the employee. When my colleague informed me that it intends to strike on 6 May, he faced the hostile attitude of the boss and irony. The next working day of 48 hour strike, the employer and direct supervisor of the employee asked him to make a conference call, during which he was reprimanded significantly â€œreduced interestâ€, that â€œbrings to a conclusion the work entrusted to it but it doesn’t make something moreâ€ (!), that is â€œestranged because sometimes that is the fun of the program intercom does not participateâ€ (!!). Continued protest for his participation in the strike, the moment when the company needed him to work (!!!). In the answer of the employee of the right to strike against a bill that affects overall life, answered that of course he has â€œevery legal right to strike, but this choice suggests that he has priorities that differ from those of the company, and these priorities may be in conflict!
A week later, the employer again requested a conference call in which he announced that after discussion with his business partner, concluded that â€œit is better for the 2 sides to break the cooperationâ€.
The movement of the dismissal is not independent of the participation of the employee in the strike. This becomes quite evident from both the straight reference to it and from the time point chosen for the reprimand, and ultimately the dismissal, of the fact that in each of the personal assessments that had preceded in the previous months, there was reference to the professionalism with which he worked and handled his responsibilities in spite of teleworking, the expertise that’s offered with the joining of the company and the overall positive performance.
It is also obvious that as the employers of Goodvidio thought that he had secured funding, he was trying to show a facade of democracy and tolerance towards workers ‘ rights, but once that broke down the funding agreement, which is not due to any indirect or direct way, to the workers (although, as always, were the recipients of the negative consequences of this development) was the authoritarianism, the effective prohibition of participation in strikes when the company has need of, while he appeared and the perception that wage cuts must be accompanied by a further intensification of work, the fact that in spite of the contract of employment for 8-hour work, it had become plainly clear that the time is 9Ï‰ÏÎ¿, with the alleged excuse that the lunch break is one hour.
Dismissals for trade union reasons, let alone for participation in a strike, and the violation of basic labour rights and will not remain unanswered.
We claim:
Immediate re-hiring of a colleague.
Collective Labour Agreements for replenishment of the labour losses of the years of the crisis.
Reduction of working hours and payment of applicable Ï…Ï€ÎµÏÏ‰ÏÎ¹Î±ÎºÏŽÎ½ wages for work in excess of 8.
Trade union freedoms in the workplace. No prosecution for trade union action.